skip to main | skip to sidebar

We had such nice weather today and we were able, finally, to plant the many plants we bought for the Hidden Garden. I'm sure it is no surprise many of them didn't get put in the precise spots we planned to put them. Sharon had rather thought that we had purchased too many plants for the space, but once we laid everything out, there was an awful lot of empty space so we added some hosta to the mix and spread them out the best we could.

This weekend, if the weather is still nice, Jeff plans to finish digging the final bed in the space along the cinder block wall (we'd run out of soil amendments) and we'll get the last few pots planted. We're also planning to dig up some of the ferns from the backyard rain garden as that area desperately needs some thinning.

When they become available again, we plan to pick up two Lenton Rose plants, the Crandall's Clove Scented Currant and several Tracy's Hybrid Maidenhair. Otherwise, we think we are finally finished spending money on this project.

Since we've found it so helpful for other areas, Sharon went through and obsessively labeled photos so we'll have them later for reference. 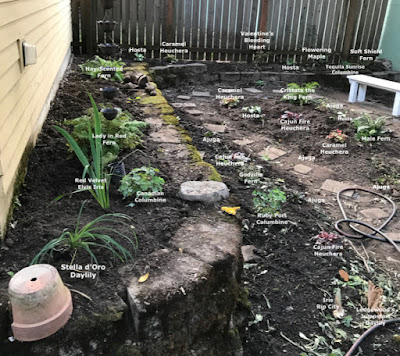 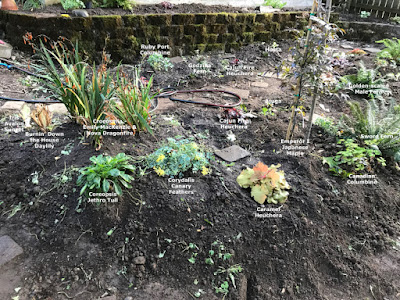 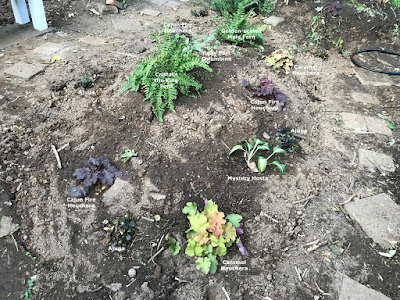 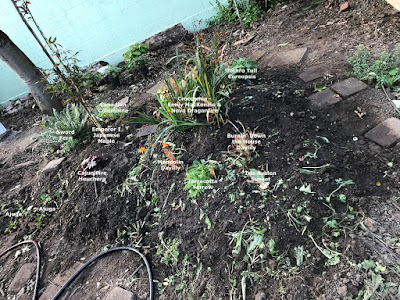 Next week, Jeff and Aaron will spread mulch over this area and we'll be able to turn our attention to other projects. 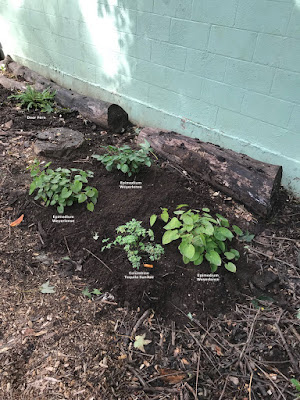